Replacing underground diesel storage tanks is a complete construction job that requires the mobilization and management of several trades. Being able to keep the client’s emergency generator system 100% active while replacing the fuel tanks for their backup generators is an extremely complex job that requires a nimble group of experienced professionals to come together, devise a strategy and have the ability to lead and adapt through the execution of said strategy.

Under the leadership of Project Manager Stephen Gagnon, General Foreman Brian Lescure, and Foreman Mitch Wiley Lescure Company – without incident and no instances of power loss – installed a new underground storage tank, cut over the existing generator system, and removed the old storage tank to be disposed of according to all hazmat regulations. 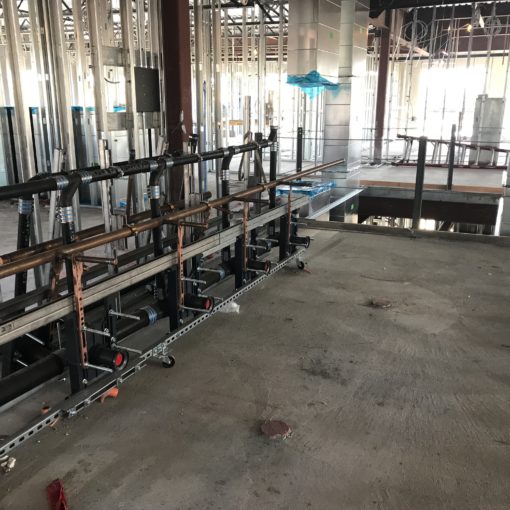 Ground up construction of a brand-new city hall, including the full design of the plumbing system expected completion March 2020.

The Brentwood Municipal Service Center is a new operations and administration staff building for the City of Brentwood, CA.

Lescure Company and Jimm Dunn Racing will be continuing their longterm partnership during the start of Jim Dunn’s West Coast Swing. The […]